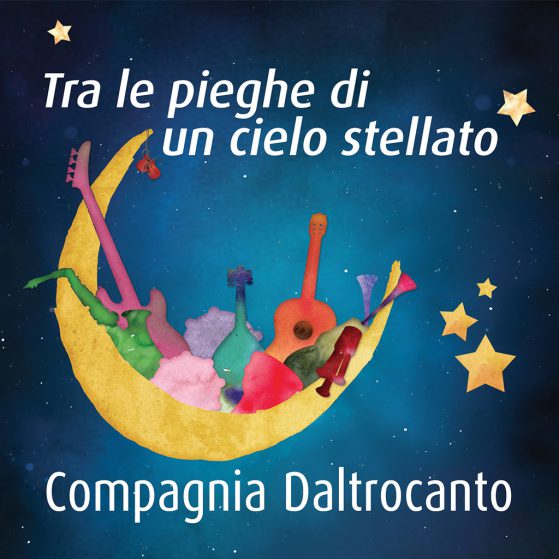 Update Required To play the media you will need to either update your browser to a recent version or update your Flash plugin.

Eight tracks, eight stations along the path of the Company, eight bright points through the folds of our starry sky, to mark the route traveled and indicate the one to be flown in the future.

Four new traks to mark the opening of a new authorial path and four remakes of traks recorded for “Ce sta sempe nu Sud”, the previous work published in 2012. This is “Tra le pieghe di un cielo stellato”, the new record of Compagnia Daltrocanto, a mix between sounds and rhythms mid-way between ancient and modern, flok and songwriting, North and South of the World.
A picture, a portrait of what Compagna Daltrocanto is and of the constant effort to create a bridge between the search for sounds and instruments of popular tradition and the will to tell the World throught their own songs and today’s sounds.

For Franco Smeraldo and all the musicians who are no longer with us.
For Roberto Billi, Alberto Bertoli, the Gang and all the musician friends who try their hand every day in affirming the dignity, meaning and the value of music.
For all friends that played, sang and danced with us in these years.
For Gianni Mauro and his irreverent windsom.